Novara Tesija Catenacci McDonald and Baas, PLLC congratulates lawyer and leader of the firm’s ADR team, Ahmed Hassouna, on his recent election as 57th president of the Association of Defense Trial Counsel (ADTC).

The ADTC connects lawyers in southeastern Michigan who primarily represent insurance companies and other corporate defendants. The ADTC seeks to promote efficiency in this branch of the legal profession — to act as a unit in dealing with common problems and to better serve the general interests of the clients of the members.

Ahmed Hassouna has been an active member of the ADTC for 10 years. His legal background includes facilitative mediation and arbitration and a decade as in-house trial counsel with two Fortune 500 national insurance companies. His experience as a litigator spans a wide array of practice areas, including personal injury, No-Fault, automobile negligence, premises and commercial liability, dog bite, medical malpractice, toxic tort, and subrogation matters.

He is an approved and appointed Case Evaluation panelist for Macomb, Oakland and Wayne County Circuit Courts.

He received his J.D. from The University of Toledo College of Law and his B.A. from Michigan State University.

In photo: Ahmed Hassouna Being Sworn in Via Zoom as 57th President of ADTC http://adtc.org 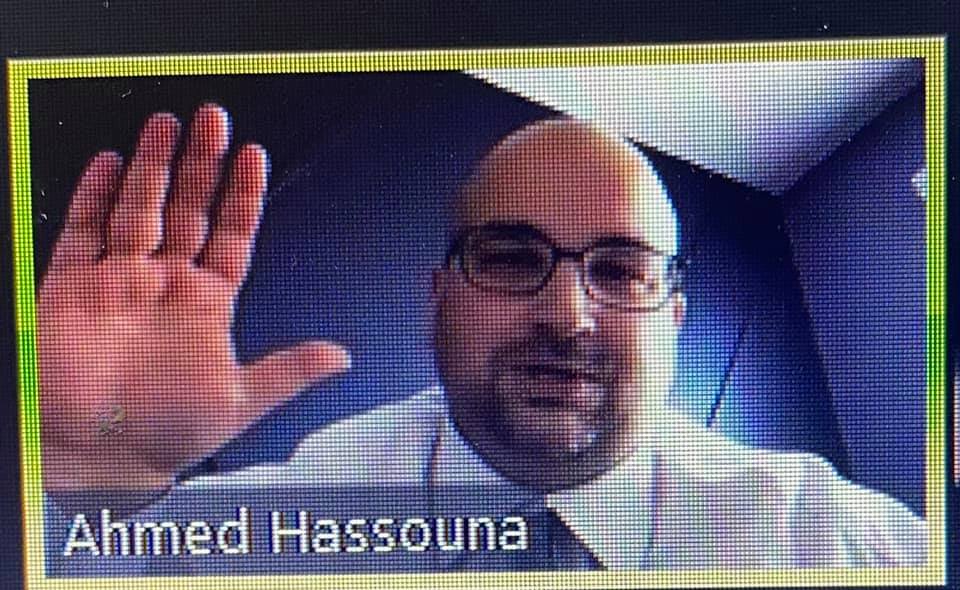